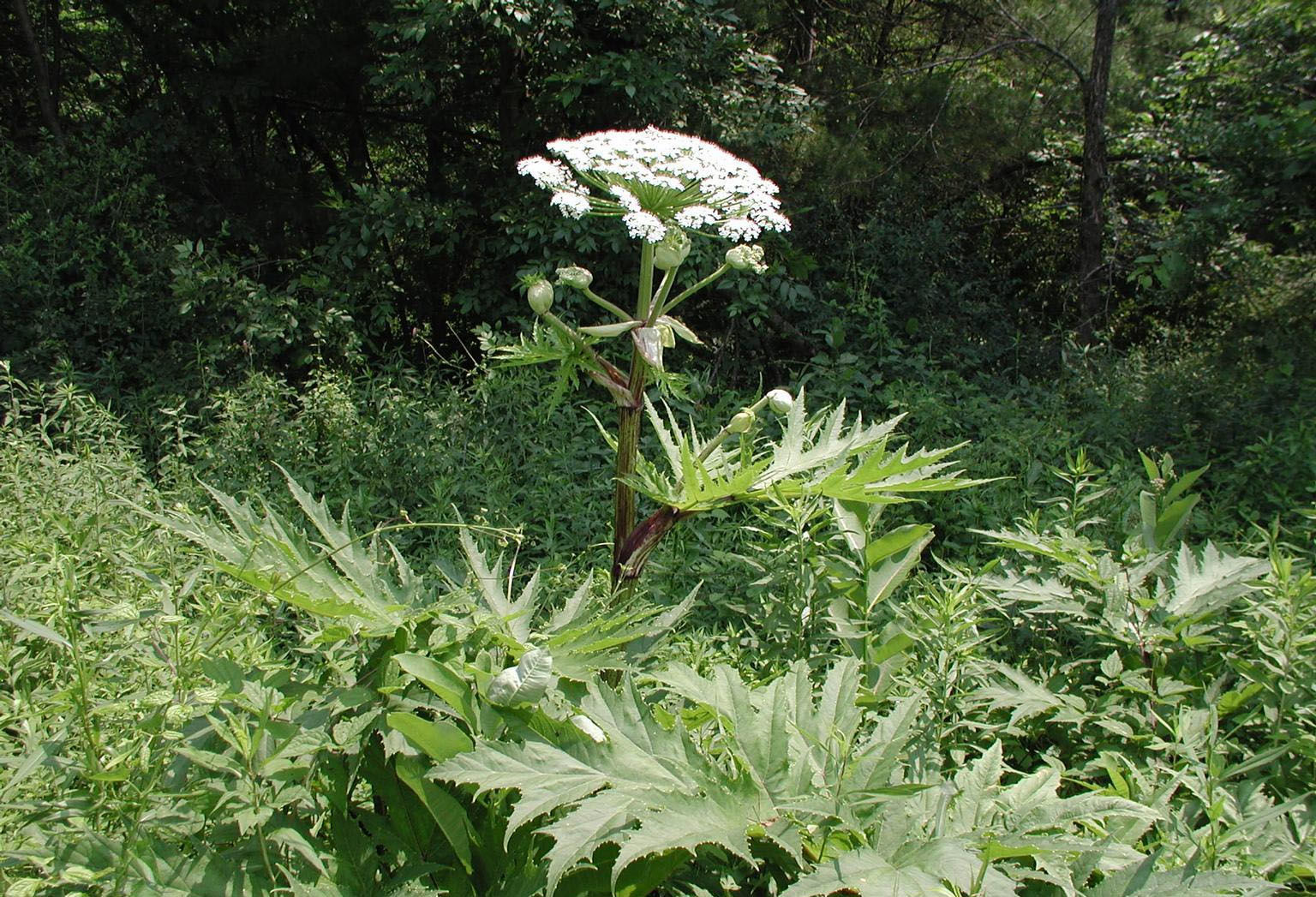 By The WebmasterFebruary 27, 2019Latest News
No Comments

YES! Giant hogweed stem hairs and leaves contain a clear, highly toxic sap. If this sap comes in contact with the skin, it can cause blistering third-degree burns after the sap contaminated area is exposed to the sun. This is a phototoxic reaction. It may be the next day before you see the effects. it’s not an instant thing. It takes a while and you may have to have repeated exposure to the sun. Washing exposed skin with soap and water right after the contacting the sap and before exposure to the sun can prevent damaging reactions.

WorkSafe BC requires workers to wear heavy, water-resistant gloves and water-resistant coveralls that completely covers skin while handling the plants. Eye protection is also recommended. Burns have been noted on pets left in gardens with Hogweed present.

Giant hogweed (Heracleum mantegazzianum) is a perennial plant. It can be found in the southern part of BC and can easily be confused with cow parsnip or Queen Anne’s lace. However, Giant Hogweed can grow up to six metres high. It produces clusters of small white umbrella-like flowers. Its dark green leaves are coarsely toothed in 3 large segments with stiff underside hairs, and lower leaves can exceed 2.5 metres in length, the stalks are covered with purple blotches. Hogweed thrives near streams, creeks, ditches, roads and in vacant lots.

Giant hogweed is a highly competitive plant due to vigorous early-season growth, it’s tolerance of full shade and seasonal flooding, as well it has an ability to co-exist with other aggressive invasive plant species. Each plant typically produces 50,000 seeds that remain viable in the soil for up to 15 years. The seeds are spread by the wind and birds. The plants generally die after flowering.

The invasive Asian species likely arrived in Canada in the 1940s. It was probably introduced as an ornamental plant and spread from there.

If you see what you suspect is a giant hogweed, contact your municipality. Most cities will help identify Giant Hogweed or direct you to licensed contractors who can identify the plant. It is best to have professionals treat and/or remove this plant due to the potential for personal harm by doing it yourself. 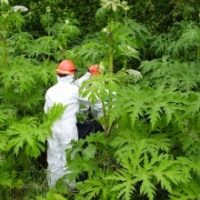 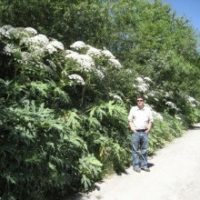 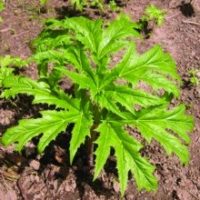